Where is the Church? 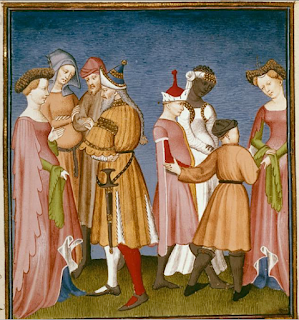 The definition of Christianity has been watered down to the point that it’s almost indiscernible. Down through the centuries and, at an accelerated rate in the last 50 years or so, the mainstream of Christianity has notably divided and transformed into a new detestable one-world denomination — I refer to it as the denomination of Gobbledygook. According to one source, the definition of gobbledygook is “Language that is meaningless or is made unintelligible by excessive use of abstruse technical terms; nonsense." A woman I conversed with once told a China-man that she is a Christian — the China-man replied, “All Americans Christian." Sure!

The existence of denominations today is the biggest contributor to the new one-world gobbledygook order. The existence of denominations sets an example and norm that pushes others into thinking it’s fine for the church to be divided — all it has done is SNOW-BALLED, giving way for unbelievers to mock Christianity. The apostle Paul condemned the division of the church into denominations. In 1 Corinthians 1:10-13 he says, “Now I ask you, brothers, by the name of our Lord Jesus Christ, that you all speak in agreement and that there be no divisions among you. But be perfectly joined together in the same mind and in the same judgment. For it has been declared to me concerning you, my brothers, by those who are of the house of Chloe, that there are contentions among you. Now this is what I mean: Every one of you is saying, ‘I am of Paul,’ or ‘I am of Apollos,’ or ‘I am of Cephas,’ or ‘I am of Christ.’ Is Christ divided'”? Christians of Paul’s time were dividing themselves for some reason, and Paul condemned the division. Yet today we have pastors effectively saying, “Sure I know what Paul says, but I’m going to do what I WANT to do and package and promote brands of Christianity,” contributing to dividing the church, causing mass confusion. When the church was born about 2000 years ago it was supposed to be of "one mind and judgment" (not divided), even though groups met and lived in different cities. Paul asserted that Christians should take on different jobs depending on their gifts and talents, but that is an ENTIRELY different thing than starting or supporting a BRAND of Christianity based on disagreement over the interpretation of scripture. Sadly, however, even so-called "non-denominational" organizations teach false interpretations of scripture. I have observed few, if any, non-denominational "churches" that don't teach something false or is not afraid to speak up about an important subject out of fear of offending members. Furthermore, now political extremism is creeping into the mix, making the matter worse — creating more twisted spinoffs of Christianity.

In today's mainstream of Christianity, scriptures are tweaked and distorted so that the individual creates an image of God in the mind that suits themself — this is essentially the worship of the self — the so-called popular "new age." In Matthew 7:13, Jesus says, “Enter at the narrow gate, for wide is the gate and broad is the way that leads to destruction, and there are many who are going through it, because small is the gate and narrow is the way which leads to life, and there are few who find it.” This is Jesus Christ telling in summary what I’ve been trying to emphasize in this blog. There is gobbledygook in the world that looks good and is pleasing for a season, but its end is death and eternal separation from God with no pardon from sin which can only come from accepting Jesus Christ. It’s worth mentioning that before God flooded the Earth to get rid of the mass amount of evil that was in it, as told in the book of Genesis, there were only 8 people out of the (probably millions) that were spared from the flood. Nobody believed what God said except for Noah and his family.  All the world except for Noah and his family took the broad “way that leads to destruction,” just like Jesus said above.

Christians are commanded to have fellowship with other believers, but that does not mean specifically attending some building or organization that calls itself a "church." The true church is actually the body of believers who have accepted Christ — the church is not a building. There are other options for fellowship besides attending these so-called "churches."

There are individuals who are truly saved by Christ and belong to denominations, or non-denominations who teach bad interpretations of scripture. My only advice is to stop listening to the pastor, pray for guidance, and study the bible more carefully.
Posted by D M at 1:21 AM