Controversies of Homosexuality and Transgenderism within Christianity 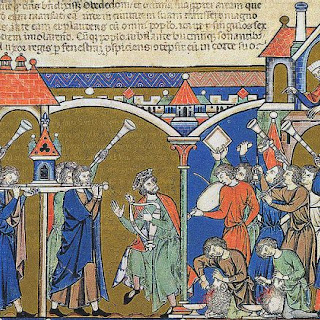 There are folks who have lived in these lifestyles and become real Christians. When they accept Christ and become Christians based on His unmerited offer of salvation, a renewing of the mind begins. Romans 12:2 says, "Do not be conformed to this world, but be transformed by the renewal of your mind, that by testing you may discern what is the will of God, what is good and acceptable and perfect." Like any other person who becomes a Christian, homosexuals, and transsexuals either aren't aware of their sinful lifestyles or have trouble letting go of the lifestyles—as God renews their minds. Some may have instant success, others eventual success and yet others may have no success—although a point must be conceded here—those who fail to yield to God's tug against homosexual or transgender behavior will never be truly content, as God does not bless sinful lifestyles of Christians. When the apostle Paul addressed sin problems in the Corinthian church, some of which it says the sin was worse than non-Christians of the time, it's obvious that God DOES save people without merit, regardless of whether they continue to live in sin—nevertheless, the Christian who continues to live in sin will never be truly content and may end up hurting themselves or others. Sin destroys.

The school of folks who merely profess to be Christians, but are not, and live their lives as transgenders and homosexuals cause a lot of confusion. True Christians not mature in their faith, who see this behavior, can become confused by it and think the lifestyles have God's blessing. The community outside Christianity also becomes confused by it. Ironically, false Christians will even say things like, "Who are you to judge me? Only God can judge me." The big takeaway of this point is that those who go on living in these sins and NEVER feel a tug by God away from them, or any sense of wrong-doing, are not true Christians. As said above, when a person becomes a true Christian, God begins to renew the mind to make the person more like Christ. Therefore, to lack the characteristic of having a pricked conscience when living in sin is a sure FLAG that a false conversion to Christianity has taken place. Another popular characteristic of those who are fake Christians is the (somewhere along the lines of), "I used to be a Christian but I'm not anymore. I do my own thing now." 1 John 2:19 says regarding fake Christians, "They went out from us, but they did not really belong to us. For if they had belonged to us, they would have remained with us; but their going showed that none of them belonged to us."

In Genesis, the first book of the Bible, it says that God made humans male and female, and marriage to be between a man and a woman. The bible makes it clear all over the place that sexual relations outside the bounds of marriage between and biological man and biological woman is a sin. Folks who disagree with this typically argue that the bible is written with a lot of allegory and ideas not to be taken literally. If this is truly the case, there would be no point in reading it. Why would God give us a book and say, "Interpret this however you feel like it?" Literal meanings and literal symbolism or poetry are the correct way to view the bible.
Posted by D M at 11:39 PM